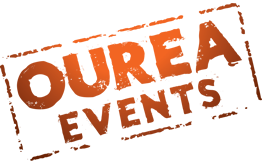 Info: New entries for this event closed on Sunday 7th May 2017.

The legendary Berghaus Dragon’s Back Race™ follows the mountainous spine of Wales from Conwy Castle south. This incredible 5-day journey is approximately 300 kilometres long with 16,000 metres of ascent across wild, trackless, remote and mountainous terrain. It is not a trail race!

The original Dragon’s Back Race™ happened in September 1992 and ever since, it has been whispered about with a mix of awe and trepidation. Its reputation had reached legendary status with fell, mountain and ultra runners the world over by September 2012 when the second race took place. With a third race in 2015, the Berghaus Dragon's Back Race™ is respected internationally for its bulletproof organisation.

The Berghaus Dragon’s Back Race™ is one of the hardest mountain races in the world.